Art is a huge part of my life. Writing is a form of art, of course. But I’m also a highly visual person. I like pretty things. I like to surround myself with things make me feel happy, feed my soul, and uplift my attitude.

What is both so frustrating and so appealing about art is how subjective it is. We all have an idea that there is something that makes “good” art and something that makes “bad” art. The trouble is, we don’t all agree on it. Even things that I think are obviously marks of good art don’t go unchallenged. And struggling to find the balance between saying “It’s okay, we just have different taste” and “Okay, you just have bad taste” is a difficult task. Especially in this age of “judge not-” if there’s nothing objective morally, how can there possibly be anything objective artistically? (Ironically I think this is one of the most judgmental social environments to ever exist, thanks to the internet where anyone halfway around the world can evaluate not only your art, but your parenting, faith, relationships, clothing, and every other decision of your personal life)

I remember in my freshman year of college, the professor in my art appreciation class tackled the concept of “bad” art briefly. Mainly, she was talking about Sentimentalism and Victorian art and how it was Not Good. The only problem? The painting she used as an example was one I, well, liked decently well, or at least one that was a million times more appealing than the majority of the paintings after 1935 that we were forced to view. It was this one: 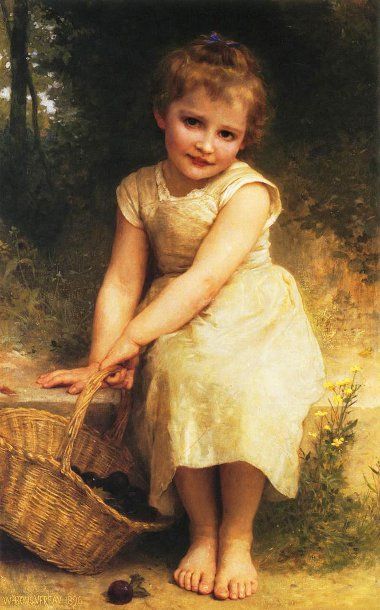 The painting  was “bad” because it was idealized and saccharine. The child should really be dirty and sad. Poor Victorian children didn’t look like that. It was just ridiculous Victorian sentimentality, and an example of their habit of whitewashing social problems with propaganda. (Normally I probably wouldn’t have had much of an opinion about the painting at all, to be honest. But after dozens of Jackson Pollock-like splatters, it was a welcome relief, so to hear that somehow Pollock’s artwork was objectively “better” than Bouguereau’s child here grated a little.)

The funny thing is, lack of realism is exactly what is praised in paintings like Picasso’s. Perhaps it’s “real” to how he sees the world, but what makes his perspective any more valid than Bouguereau’s? Plus, in my opinion, Picasso’s stuff is just…ugly. And if that’s the way he saw the world, it’s not a view I’d care to share. What’s wrong with a little idealism every once in a while…a glimpse of how we want the world to be rather than what it is? Not-appealing art serves purpose, but often I wonder how often we excuse ugliness out of pretentiousness. It’s not hard; you can look at a pile of garbage someone has dumped onto the sidewalk and rationalize why it is, in fact, meaningful art. Meanwhile, you could also look at Michelangelo’s Pieta and explain in great detail why it’s nothing special. We humans can spin our words to convince ourselves of anything.

Ultimately, I really enjoyed that art appreciation class. I was exposed to a lot of art I’d never seen before, many which became favorites. And I even learned to appreciate types of art I never thought I would–even if I didn’t like them, I was able to see why other people might. And that’s a lesson I think it’s good to learn.

As a book reviewer, one concept I’ve tried my best to grasp is differentiating between what is bad writing and what is just antithetical to my own personal preference. Sometimes a book is truly poorly written; other times, it just centers around characters, a topic, or even written in a way that I subjectively don’t like. For instance, I don’t really like novels written entirely in the present tense. I find it annoying and distracting. But that doesn’t mean a writer who does so is doing something wrong; it’s just something I don’t like. But sometimes trying to define what makes art–of all kinds–objectively good in the first place is just a puzzling and never-ending challenge.

Sometimes, it’s best just to let people enjoy things. We all have our reasons for liking stuff that is, for lack of a better word, kind of lame. I’m guilty of it just as much as anybody. I’ve watched plenty of bad TV shows (and by “bad” I don’t mean morally corrupt, but simply poorly written or executed) and enjoyed them because they contain something that I needed at that time. I guess it’s the reason Hallmark movies have so many fans–for as much as I’ve rarely been able to sit through one, I do understand that they have an appeal. They’re sweet and innocent and always have a happy ending. Even if I won’t deny I have major problems with their storytelling, some people eat them up with a spoon because they give a little hope and happiness. And I’m certainly not going to judge anyone for that, although I certainly would have only a couple years ago. Sometimes, it’s okay to like something just because you like it, without having to rationalize or explain why you do. Art doesn’t have to be intellectual, political, or cutting edge for you to like it.

I don’t think that’s an excuse to make “bad” art, but rather an understanding that everyone’s own perception colors what they think is good or not. And sometimes we don’t want a masterpiece, just something a little silly and comforting and predictable that makes us feel good inside. A lot of people knock superhero (or action films in general) for being predictable and mindless, but I love them. While I certainly think there are several action and superhero films that are a lot deeper than most people give them credit for, I also have to admit that for me nothing is more therapeutic than watching good guys punch bad guys in the face for an hour and a half.

My mom, for instance, loves disaster movies. And disaster is exactly why she likes them. She fully admits the plot is secondary; she’s not watching the film for an intelligent plot (although that’s always a plus). She’s watching it to see tornadoes and earthquakes. 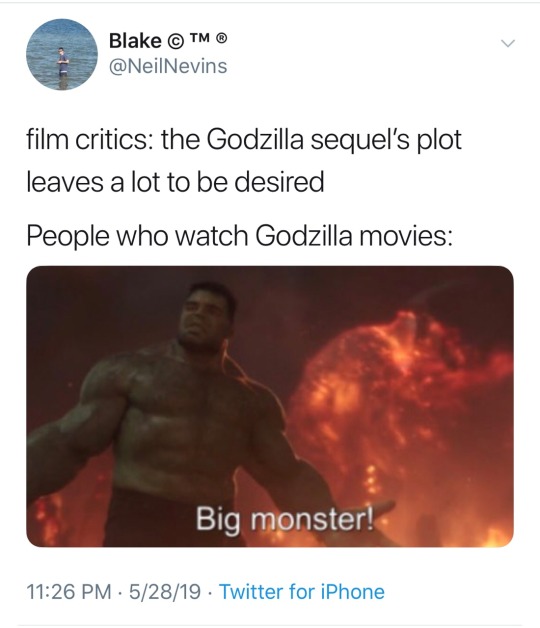 Because we are, in fact, allowed to like silly things. I certainly do. Wholeheartedly.

But sometimes I don’t care that other people have “different” taste and I don’t want to be nice about it.

Sometimes, I want to say that I don’t get it. That everybody is lost in pretentious snobbery and won’t admit that a piece is just worthless.

Sometimes, I want to look at that painting and blurt, with honest brutality like the child in “The Emperor’s New Clothes”: