In honor of Infinity War (which I’ve seen twice, help) I thought I could come back to blogging for a bit to give you all a list of my personal favorite Marvel films. Mainstream it may be now, but I am a huge Marvel fan and I am not ashamed to admit it.

I’m not ranking all of the movies, because the ratings get a bit fuzzy the farther down you go. I definitely have them divided into categories- my very favorites, the pretty good ones, and the ones I don’t particularly like- but the ranking within those categories is never really settled. But my top five? I think I can do that much, at least. 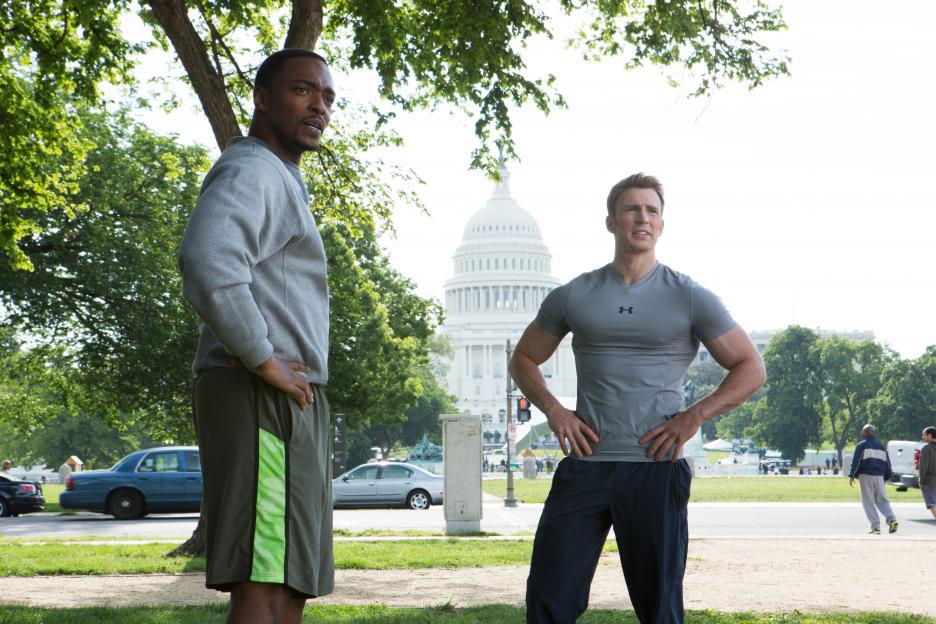 This movie, in my opinion, is as close to perfect as a Marvel film will ever get. It’s one of only four movies I’ve ever seen in the theater twice, and the tone of the film is so different (less flashy and “superhero-y”) than any of the previous films that it really stands out to me. It’s got a rock-solid theme and message, and I’ve never loved Captain America more than in this movie. The action is intense and flawless. There’s friendship of all kinds. There’s betrayal and corruption. It’s a superhero movie that even people who don’t like superhero movies can enjoy.

Today’s confession is that, as much as I love Marvel Studios, I wasn’t with them on the journey since day one. I “met” them a lot longer down the line, not with Iron Man, but with The Avengers. Maybe that’s backwards, but it was enough to get me hooked. I was floored by how much I loved it. By the the time Thor: The Dark World came out, I and my family had caught up on every Marvel film leading up to The Avengers. We’ve kept up with every subsequent movie since.

I love so many things about this film. While there’s something fun and satisfying just about the mere fact that all of these superheroes and cross-movie characters get to meet each other, the way it’s done is what makes it work. They all come together in a believable way, and if there’s one movie trope I never tire of, it’s when a group of dissimilar and bickering individuals have to learn to work together for a common goal.

Perhaps combining these two is cheating, but there are elements about both that I absolutely love, and elements about both that I…don’t. Thor is great for a variety of reasons: it has a heavy helping of Shakespearean-like drama, a lesson of humility and what makes true leadership, and it introduced one of the best villains Marvel’s ever had. At the same time, the earth characters simply aren’t as interesting (although Darcy amuses me greatly). Still, I’m always surprised by how few people count this as one of the “good” Marvel movies when it checks so many of my own personal boxes. Meanwhile, no movie divides my family like Ragnarok. The Wand household is split into two camps: those who love the movie, and those who think it is the stupidest film to exist in the Marvel universe (obviously I’m in the first camp since it’s #3 on my list). Sure, it has its faults. A part of me can’t help but want a tragic epic of the fall of Asgard, not a comedy, and certain characters deserve a much better death than what they got. But the humor, while a bit too heavy in places, never fails to make me laugh. It’s satisfying to see Loki and Thor’s relationship develop into the direction that it does (to see them fighting together instead of against each other!) and one-eyed Thor coming down with all his lightning while Immigrant Song is blaring in the background is one of my hands-down favorite Marvel scenes ever, thanks.

So The Avengers might have been my first introduction to Marvel Studios film…but my first introduction to Marvel movies was the Tobey Maguire Spider-Man films. I give those movies (especially Spider-Man 2) a lot of credit in fueling my penchant for superheroes, but I’ve got to admit that Tom Holland is my favorite Spider-Man. He acts like a real teenager (and looks like one too…) but he’s a likeable teen, the kind you’d want for a friend. And I’m not a fan of the Iron Man films, but I always love Tony in all the other Avengers movies…and  Spider-Man: Homecoming is no exception. I love that the conflict is smaller-scale in size, and I’d argue that Vulture, along with Loki and Killmonger, form the trio of “best Marvel Villains” in the pre-Infinity War set.

I love this one for a lot of the same reasons I love The Winter Soldier: because it’s different. I was a little tentative to put this one on the list because, unlike all of the others, I’ve only seen it once. But there’s enough to love about it that I had to put it in my top 5.

Aside from the film being a visual stunner (the Wakanda love is real, people), I love the way African culture informs so much of the movie. And my weakness for royal family drama (as in Thor) is fulfilled here, too. Walking out of the theater I thought, Yep. This makes the top 5. I just feel like I need to watch it again to be able to fully articulate why I liked it.

Coming up with #4 and #5 were difficult! Ant-Man and Guardians of the Galaxy were vying for those spots too, but were bogged down by the mediocrity of their villains and my dislike of some of their crude humor. And even some of the films that are near rock bottom of the list have their redeeming qualities, so that makes ranking hard, too. (Age of Ultron introduced Scarlet Witch and Vision, after all. And while I’m not a huge fan of the Iron Man movies, where would the franchise be without them?)

Of course, we all know the best superhero movie of all time isn’t even a Marvel one. Of course not.